As a teacher, Hugo creates an energy & synergy with his students that motivate them to excel and to enjoy the learning process. Whether the class is milonga, vals, or tango, Hugo’s students leave with a positive experience and a desire to continue to learn. Hugo has an impeccable reputation as an instructor of Argentine Tango in the best international dance school, and well known festivals in the Tango World.

Hugo Patyn is a Dancer, Choreographer and Director. Among his creations he has produced and directed several shows, such as "Tango and Fire", which has been presented in Argentina and the United States, "Los Angeles Tango Festival" which was conducted during the years 2005, 2006 and 2007, in the city of Costa Mesa, Los Angeles, "The Heart of Tango" held in Los Angeles and "Tango Buenos Aires" U.S. tour, his latest creation called "Emporio Tango" was presented in Mexico and various locations in Argentina.

Celina began her dance studies at an early age. She trained in classical dance, Contemporary, Jazz, Folk dances and Argentine Tango. She is also a professional roller skater.

Since early 2010, have come together Guatemala, Dallas, Hawaii, Los Angeles and China doing different shows and workshops. During 2011 and teachers have participated in the festival organized by Fabian Salas CITA held every year in Buenos Aires and brings thousands of tango lovers around the world, as well as the great masters.

They have been Invited by the Teachers Association of Argentine Tango to teach at the 2012 World Tango Festival in Argentina.

Currently, Celina and Hugo opened in his home town, Buenos Aires, an integrated school dance, singing, drama, music and figure skating, which today has over 300 students learn and develop in the various disciplines the place has. The institute has more than 20 outstanding teachers in the country. They also opened their own Concert Theatre.

Their last Argentine Tango creation is called “Tango Cabaret”, which is currently being carried out in different theatre. 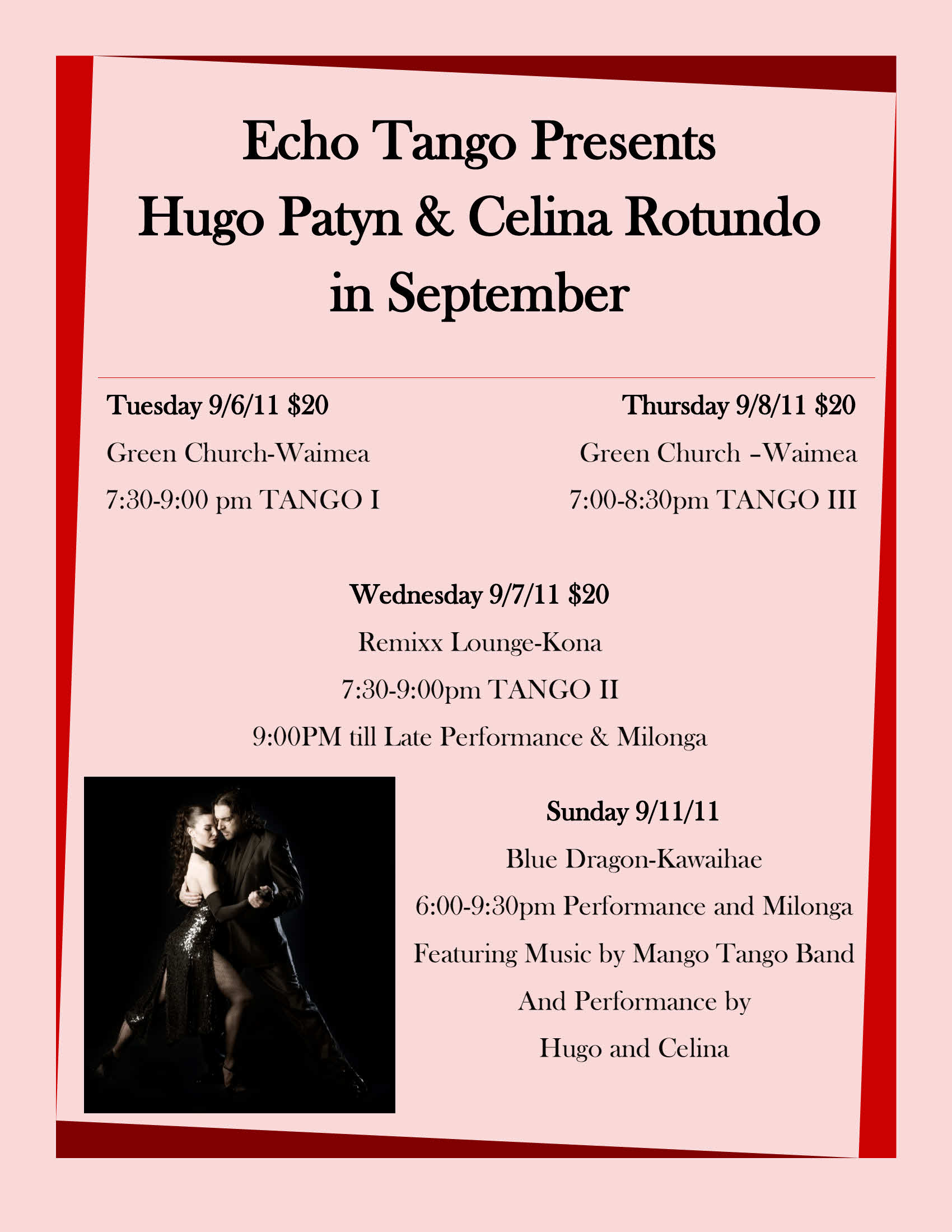 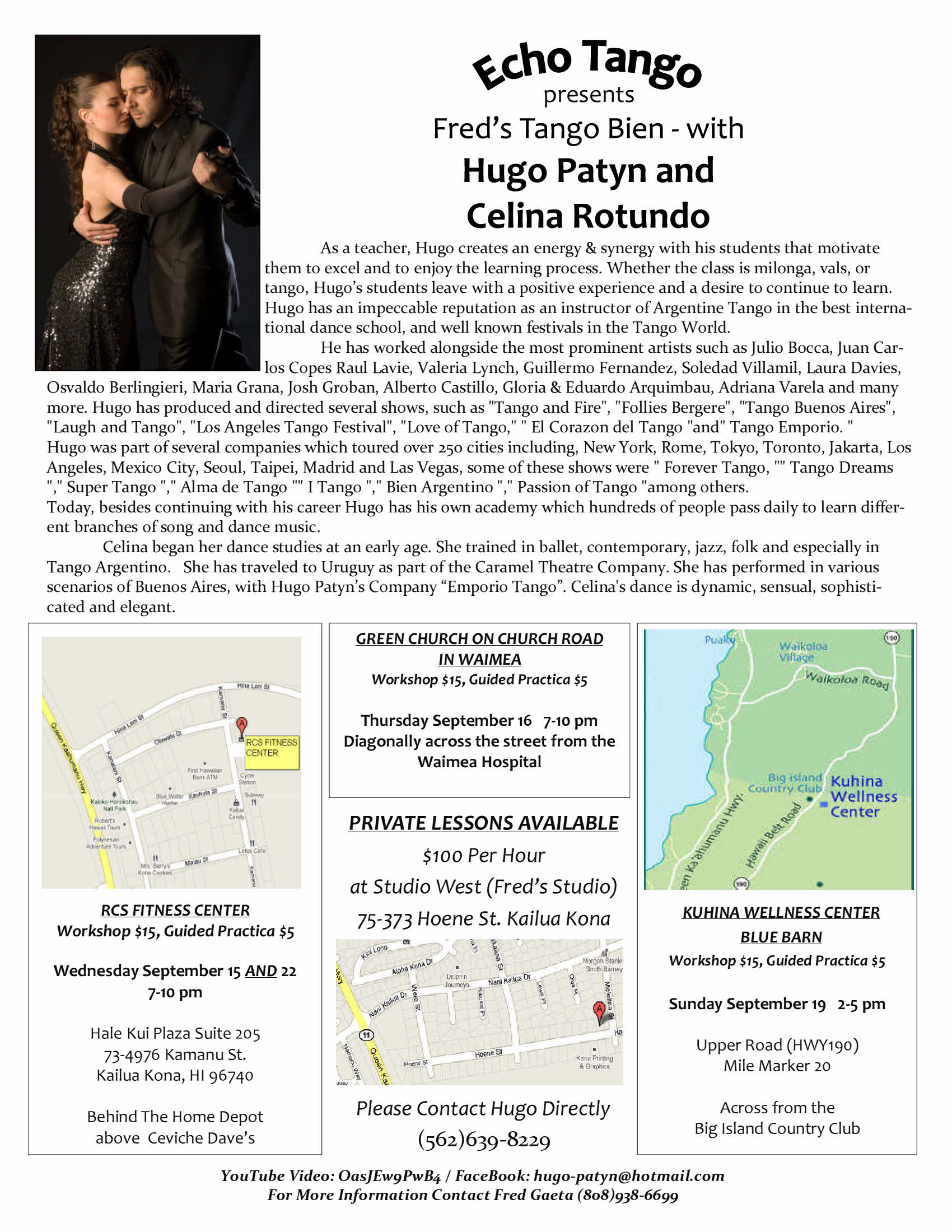