Grisha Nisnevich is back on the island for one week from 9/19 to 9/21/2012. See Calendar for details on Classes and Practicas and Milonga Schedules. 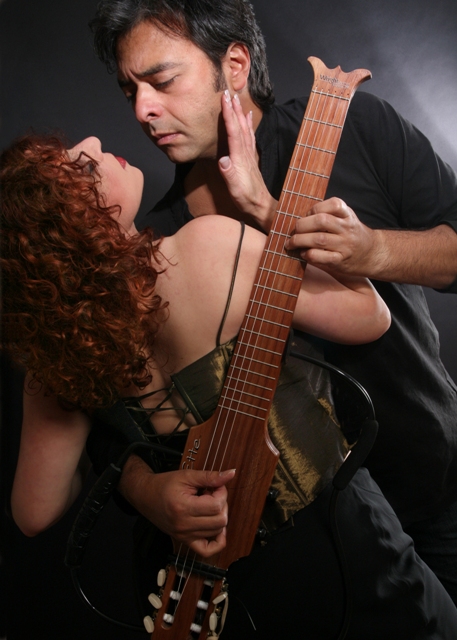 Gregory Nisnevich began his music studies in St. Petersburg, Russia at the age of four. He studied with Vladimir Denisov, Yevgeniya Riabokon and Ilya Permiakov. He continued his education with Joseph Urshalmi at the Jerusalem Rubin Academy of Music in Israel, where he later became a faculty member. In 2001, Gregory became the first guitarist to receive a prestigious Artist Diploma from the Lamont School of Music at the University of Denver, Colorado, where he studied with Maestro Ricardo Iznaola.

Gregory's repertoire as a soloist includes not only music by Israeli and Russian composers, but also Baroque, Classical, Spanish and 20th century music. This Russian-born musician interprets Russian, Spanish, South American and other world classical and folk melodies with an impeccable sense of style and affection, showing the lyrical beauty and color of the music.

In 2001, Gregory has encountered the passionate music of Argentine Tango and it has become a part of his repertoire not only as a musician, but also as a dancer. It has opened for him a new, endless adventure of creative exploration. As a dancer, Gregory performs in tango shows and teaches group and private dance classes.
He was invited by Julio and Corina to perform for their dance as part of C.I.T.A. 2005 in Buenos Aires. That invitation was extended to him because Julio and Corina greatly appreciated his understanding and performance of music. Since then, they have extended him other invitations to perform with them as a musician in Denver and in Buenos Aires, as well as on Argentine television.

Currently, Gregory maintains an active touring schedule, both as a soloist and as a chamber musician. He performs regularly with the Jerusalem Chamber Orchestra, Golden Strings Quartet in Israel and Europe, the Mercury Ensemble, Extasis Tango Orchestra, and Triunfal Trio.